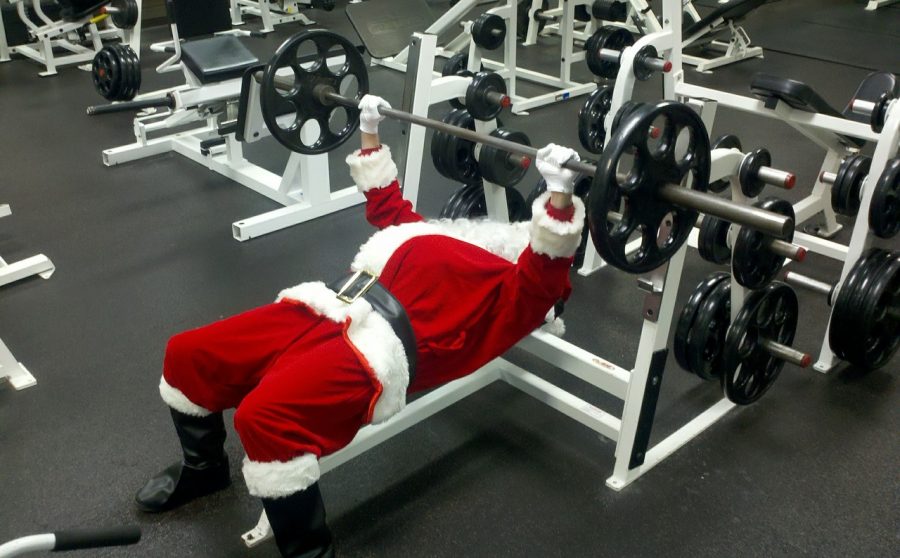 The very first Olympic games on record occurred in Greece in 760 B.C.E. where there was only one event, the foot race. Since then, the Olympic games have evolved to include different events, arenas, and countries. However, for many sports aficionados, this major sporting event, which occurs only once every four years, is simply not enough. With that in mind, I would like to introduce Christmaslympics, the yearly addition to one of the biggest sporting events in the world.

The Christmaslympics would have as its first event the Black Friday marathon. The athletes have to show their endurance as they wait at the doors of Walmarts for hours, even days. The longer they manage to wait, the bigger their head start will be. Once the doors open, the intense sprinters would grab as many bargain items as possible. The winner would be the competitor who manages to reap the most discounts.

After the first event, the opening ceremony would take place. In the opening ceremony, all delegations would festoon their houses with Christmas decorations. The more flamboyant, the better. From lights, to statues, to carvings, to huge stuffed animals, to inflatable objects, everything would be allowed for the decorating event. The viewers may walk down the streets and admire the houses of the participating delegations. Many delegations would spend the whole year preparing and anticipating this event to awe the spectators.

The next major event would be gift wrapping. The athletes will be graded from 1-10 on how well-wrapped their gifts are. More points are awarded according to the difficulty of the item wrapped. In the same category, there would also be a speed round. The winner of speed wrapping, of course, would be the competitor that manages to wrap in the least amount of time 10, 20, or 50 different gifts.

Furthermore, one of the most popular events of the games would be cooking. Competitors would have two hours to make the best traditional Christmas meal they can. Specialized judges would try and judge each element of the meal for not only taste, but texture and presentation as well. A subcategory of the cooking competition would be the making of gingerbread houses which, once again, will be judged on presentation and taste. Each year, competitors can go bigger with the houses, turning them into real luxury mansions with yards, pools, and even indoor cinemas.

Of course, wherever there is a cooking competition, there must be an eating competition. The athletes in this event must be particularly well-prepared to eat more than twice their weight in treats that vary from turkey, to candy canes, to Santa’s milk and cookies. Spectators will watch astounded at how quickly and how easily these competitors pick up full plate after full plate.

The main event, scheduled for December 24, will be the incredible Santa Claus race in which the athletes dress up as the old man himself and go through a series of obstacles. People won’t believe their eyes as they watch the Santas race through heavy snow, compete in sleds pulled by teams of well trained reindeers dodging oncoming cars, slide through chimneys, jump fences, and avoid stepping on forgotten toys on the floor just to leave a single gift under the tree. This is one of the most traditional and the main event of the entire Christmaslympics. Although some think it is overrated, it remains a classic and essential part of the games.

On the 25th, the last competition will occur: organizing. Although it may not be the most fun event in its essence, it is still important. In it, members of the delegation compete to see how quickly they can clean up and organize the materials brought for the games. The event will mark the official closing of the Christmalympics.

Even though the Christmalympics will be shorter than its ancient counterpart, this new sporting event should prove to be equally demanding and entertaining.