“Bohemian Rhapsody” Will Rock You (No Matter Your Age) 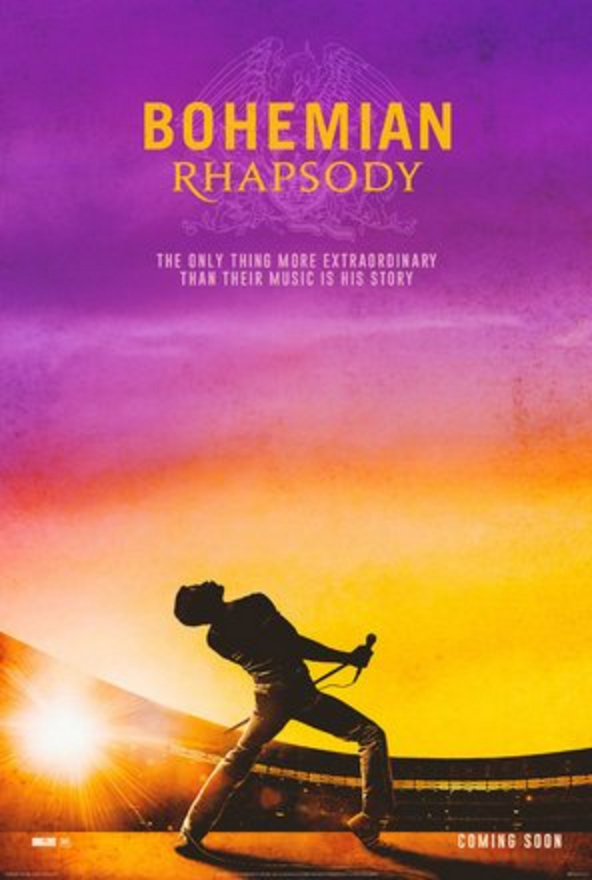 Have you ever associated a band or a song with your parents or grandparents? The songs are so old, yet somehow still manage to get your grandfather dancing in the middle of the living room. There are many songs and bands that fall into this category, including Queen. It is 2019, thirty-eight years after the band’s formation, and twenty-seven after the legendary Freddie Mercury’s death. This year, the motion-picture biography of the band was released. Featuring many of Queen’s most famous songs, Bohemian Rhapsody explores the struggle to conciliate fame and extravagant lifestyles as well as Freddie Mercury’s emotional life.

As expected, the movie was a big hit in theaters all across the globe. It won three Academy Awards, and Rami Malek, the leading actor, took home Best Male Actor. What is striking about it is that theaters, contrary to expected, were not filled solely by the over-forty-year-olds. In fact, the movie turned out to be extremely popular among younger groups of people, from teenagers to young adults. According to the American website Deadline, Bohemian Rhapsody is the highest-grossing musical movie of all times! Here’s some exclusive insight on how this movie engaged viewers even 30 years apart, such as Maya Wainstein (16) and Mauricio Magalhães (46):

The Talon: “What did you know about Queen before watching the movie?”

Mauricio Magalhães: “I’m a long time fan of the band. When I was very young (1985), they performed in Rock in Rio and my grandmother took me to watch it. It was by far one of the best concerts of my life and a memorable experience that led them to become one of my favorite bands. Today, I own all of their records, have watched a couple of documentaries, and read some biographies. I consider Freddie Mercury to be one of the greatest singers of all time, and Brian May to be one of the best guitar players of all time.”

Maya Wainstein: “My parents really enjoy Queen, which led me to listen to it a lot when I was a kid. It even used to be my favorite band back in the day. I remember my parents kept a DVD containing all of their music and concert clips, which I used to watch all the time. Due to this, when I watched the movie, I already knew all of the featured songs. However, I knew very little about Freddie Mercury’s and the other members’ lives and the history of the band.”

The Talon: “What did you think about the movie?”

Mauricio Magalhães: “I really like the story and the music, because somehow it is a part of the soundtrack of my life. However, I didn’t personally like the leading actor because I thought he was too exaggerated and didn’t portray Freddie Mercury in the best possible way. Having watched documentaries and read books about the band, the characterization of Freddie by Rami Melek was overdone and even seemed satirical at some points. Also, some of the historical events weren’t accurate; for example, the timing of the Rock in Rio concert.

Despite all of this, I really liked the movie! The story is great, the music is even better, and it was very moving. Especially during the Rock in Rio concert, where the whole crowd starts to sing “Love Of My Life”. Back in 1985, Brazilians could barely speak any English and, therefore, I remember singing along with the completely wrong lyrics. Yet, the massive crowd was singing whatever they understood from the lyrics, and it was a moment that will stay with me forever. Even though I am biased, this specific scene in the movie was one of the highlights. As I said before, both the story and soundtrack are great, however, in order to make it a true masterpiece, I think it could have had a better director and lead actor.”

Maya Wainstein: “The movie very touching for me. I got really emotional when listening to the songs and learning more about Freddie’s life. I watched the movie with a group of people of my age, and even the ones who didn’t know the band or the songs before watching the movie were all very moved by it! The best part was learning a little bit more about the background of each of the songs! You see a whole new side of everything, and I think it adds a lot to the lyrics of the song. It was also very interesting to learn more about their crazy lifestyles, especially Freddie Mercury’s.

Rami Malek’s acting was one of the highlights of the movie. I watched an interview in “Fantástico” and found out that the actor wore the denture for Mercury’s teeth for a whole year before shooting the movie. He really embraced the character.

From a more critical point of view, the movie lacks a little bit of explanation of certain parts of the lead singer’s life. For example, the transition between his “normal” life to his wild, crazy lifestyle happened out of nowhere.  Despite this, I absolutely loved the movie. I can say this based on the group of people with whom I watched the movie:not a single one of them knew anything about Queen, not even the songs, and some of them even cried!”

As the interviews show, Bohemian Rhapsody is a must-watch movie that you will like no matter your age. You may perceive it in a different way than your parents will, but at the end of the day, it’s a movie that will stick out to you and everyone around you not only because of the amazing sound design and acting, but mainly due to the discovery about the lives of the band members themselves and the background of their most well-known songs!