The Rolling Waves of Hallyu on the Beach of the World 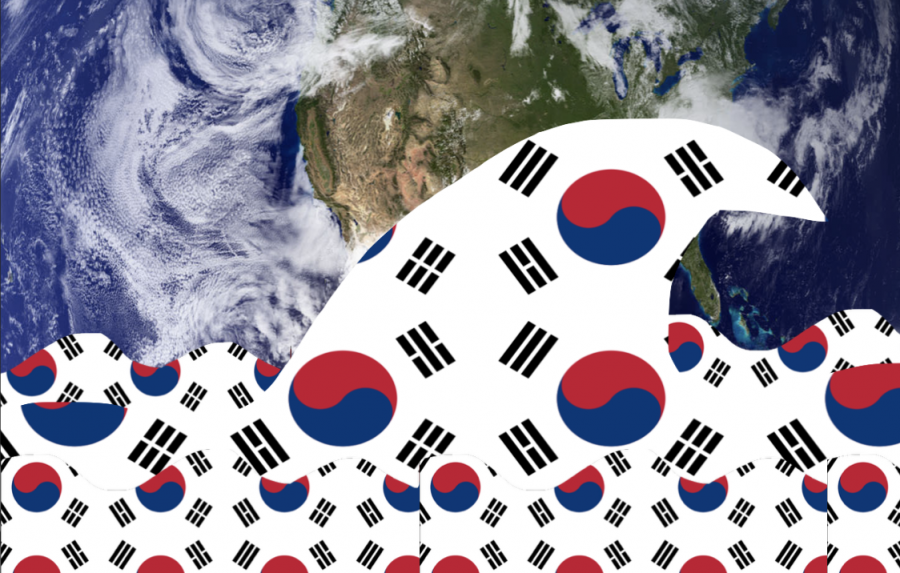 When people think of the global culture today, there is a definite mix and match of factors and facets from different parts of the world. Music, food, and movies are all a big part of every individual. While the dominant culture is still that of America, many different countries are catching up, and South Korea is one of them.

Until the 90s, South Korea was an isolated country, before it started to trade with nearby countries. South Korean culture gained popularity in China and the term Hallyu, Chinese for “the Korean wave” was born–the rest is history. Hallyu is named in such a way because it was just like waves of the ocean that wash over the beaches and leave imprints in the sand. With popular music, celebrated acting, credible brands, and good food, Korean culture has really taken off with the Hallyu wave, washing over the global community.

When people think of Korean music, the first song to come to mind is the ever-popular Gangnam-Style, which was released in 2012 to a viral success, opening the eyes of many people to the small country in the corner of the world. However, this song was not the beginning of Hallyu, and to think so would be a big mistake. It wasn’t just current big names like EXO and BTS that began this rise in Korean culture. It started all the way back in the 1990s, before names like BTS were even a thing, when there were the OGs. The first wave of Hallyu spread to Korea’s neighbouring countries of China and Japan, then the rest of South and East Asia. Groups like Seotaiji, the Boys, and Clon, a dance music group, spread their name far and wide by fusing Korean music with American Hip Hop. Until this point, they were considered musicians more than anything.

Then came the generations of idols, or the types of k-pop singers we are most accustomed to today. This was the beginning of the culture of Korean fandoms. The first generation of idols, better known as K-Pop stars, started as early as the 90s, with names like HOT, Sechskies, SES coming to mind. Their accomplishments were a plethora of firsts, like the first concert in an outside country, or the first people to sell a million copies of their albums. Then the 2nd generations of idols appeared, bringing with them the second wave of Hallyu. They achieved even more firsts than their predecessors, and this is the real start to the Hallyu wave we are more familiar with, with groups such as Super Junior, DBSK, BoA, Girl’s Generation, Wonder Girls, Big Bang, and 2NE1. For example, the Wonder Girls had their hit song “Nobody” on the Billboard Top 100 back in 2009, 3 years before Psy’s Gangnam Style was released. Psy’s song, then, was just a final push to make Korean culture a norm for people everywhere, part of the maelstrom that was the second wave of Hallyu. Songs released by Korean artists are still very popular today, and why shouldn’t they be? The music videos are colourful and eye-catching, and their performances are flashy and attention-grabbing.

Music is not the only reason Korean culture started to lift off. While it was one reason for the Hallyu Wave, it definitely wasn’t the only one. Korean Dramas, which are like soap opera television shows, were also a big part of how Hallyu started to rock the boat of the world. China’s television schedule originally had allocated spots that aired these Korean dramas, but they were mostly late at night and unwatched. Then “What is Love?”, a Korean Drama, took off in China, gaining popularity, and had a watch rate of around 4%, which, for the greatest population in the world, was a lot of people watching. Korean dramas started to air during the prime time of television rather than on the outskirts. Some examples of Korean Dramas which took off are “Winter Sonata”, “Full House”, “Stairways to Heaven”, and “Daejanggum”.  The popularity of these shows doesn’t just end there. Recently there have been an increase in popular dramas, like “My Love from the Star”, and “The Descendants of the Sun”. In fact, Netflix also contains several Korean dramas, like “Mr. Sunshine,” and “A Korean Odyssey”, which further shows the boom in popularity of Korean culture.

Speaking of good acting, Korea’s movie industry is also growing. “My Sassy Girl” was one of the first movies to catch foreign attention, and it was even remade in America under the same title for how popular it was. As the Hallyu wave became more prominent in the world, the treatment it got also increased exponentially. Korean actors were lauded for their performances, and they gained more global attention for it. In 2004, the movie “Old Boy” won the Grand Prix at the 2004 Cannes Festival. Recently, in the 2019 Cannes Festival, the movie “Parasite” won the Palme d’Or award.

As a result of this, many Korean celebrities became worldwide stars, being recognised wherever they go, causing crowds of people to congregate around them by their mere existence. Singers and actors have become centres of fan clubs, role models and idols for people all around the world. With this rise in popularity, all other aspects of the culture rose along with the performance aspect of entertainment. There is also an increased interest in Korean fashion and makeup brands, as the Korean image is equal to the image of the celebrities at the forefront of the Hallyu wave. Korean food has also become a big part of the Korean image, with famed foods like Kimchi, Bibimbap, Bulgogi, and Korean BBQ (that’s even reached Graded cafeteria’s menu!) being some of the first things that the word “Korea” reminds people of.

Korean culture has become a great part of our world today, in ways that are omnipresent and everywhere, having a big influence globally and growing bigger with time.