The Unconventional Wedding of the Year 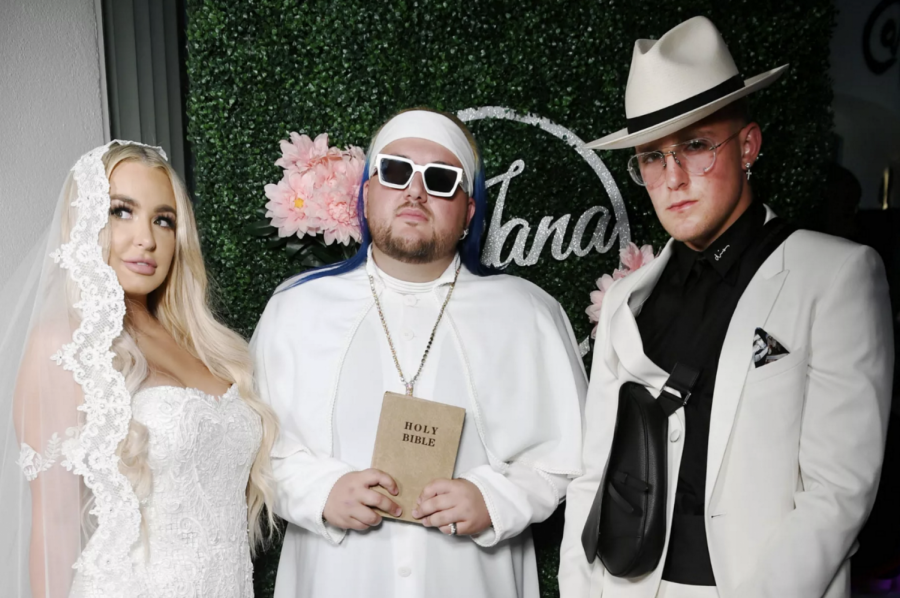 During the past few months, the one thing that has been all over social media is Jake Paul and Tana Mongeau’s wedding. Tana Mongeau is an American YouTuber born in Las Vegas, Nevada, and is considered a storytime YouTuber, as she creates videos telling stories about her life. Recently, as Tana Mongeau turned 21 years old, she started her own MTV reality show: Tana turns 21. There, multiple aspects of her life are explored, including her controversial relationship with another YouTuber. This was Jake Paul, 22, who was born in Calabasas, California. Jake Paul has always been a controversial YouTuber due to his and his brother’s videos. Jake rose to fame with the now-deleted app ‘vine’, something really common amongst big YouTubers today. Both Jake and Tana are really popular among the teenage community and therefore, their marriage caused fans from both sides (different fanbases) to give strong reactions. Their relationship has both shocked and confused many people. The couple has confirmed that they are indeed together, but fans all over the world still have their doubts about the veracity of the couple.

The rumors of their relationship started when Tana Mongeau posted a selfie on Jake Paul’s bed, something that fans noticed immediately. They then made multiple videos together, where fans speculated that they were flirting with each other, however, nothing had been confirmed yet. Eventually, the videos started making their relationship more serious, and their posts together on social media were happening more often. Their relationship was confirmed, and it raised fame with it. At Tana’s 21st birthday party, rumors were confirmed that Jake took the microphone, got down on one knee and proposed. Then and there, Tana Mongeau and Jake Paul got engaged with a ring pop.

From then on, both YouTubers were extremely invested in organizing what the fans called ‘the wedding of the year’. They organized a party with all of the most famous American celebrities and influencers in a mansion in Las Vegas. Their rented mansion had walls personalized with graffiti of their names, their ship name, wedding date, and various hashtags. Tana and Jake were prepared to get married, but they didn’t want a conventional wedding to take place. Tana had 3 dresses; the interview and press dress, the wedding dress and the reception dress. Tana and Jake wanted to deconstruct the idea of marriage, something not many people were comfortable with. However, they saw each other various times before the wedding and so they didn’t dedicate time to writing vows. This was also something that deeply confused fans.

Furthermore, with Tana’s tv show, many “private” moments between Tana, her friends and Jake were exposed. Also, since the episodes are filmed and only released later on, some information about their relationship can seem a bit disconnected from what is posted online. An example of this is when Tana and Jake were not exclusive. Finally, even after the official wedding happened and was broadcasted to the public, Tana had a “family emergency” and was not able to join her now-husband on their honeymoon. Therefore, their viewers continued to have multiple uncertainties about the validity of their wedding, their relationship, and if they are just doing what they are doing for the “clout”* and views.

Jake then decided to go on the honeymoon with his brother and a couple of other friends instead of his wife. He posted all over social media about his boys’ trip, where he traveled around Spain and Greece for around two and a half weeks. Since his return, he has not been spending much time with Tana, who, fans have noticed, has looked like she has recovered from the issues she had been going through at the time of the wedding. Tana has been posting pictures at parties with friends, but the wedding has recently not been mentioned. All in all, the status of their relationship is still not certain, and fans all over the world are keeping their attention on what will happen next.