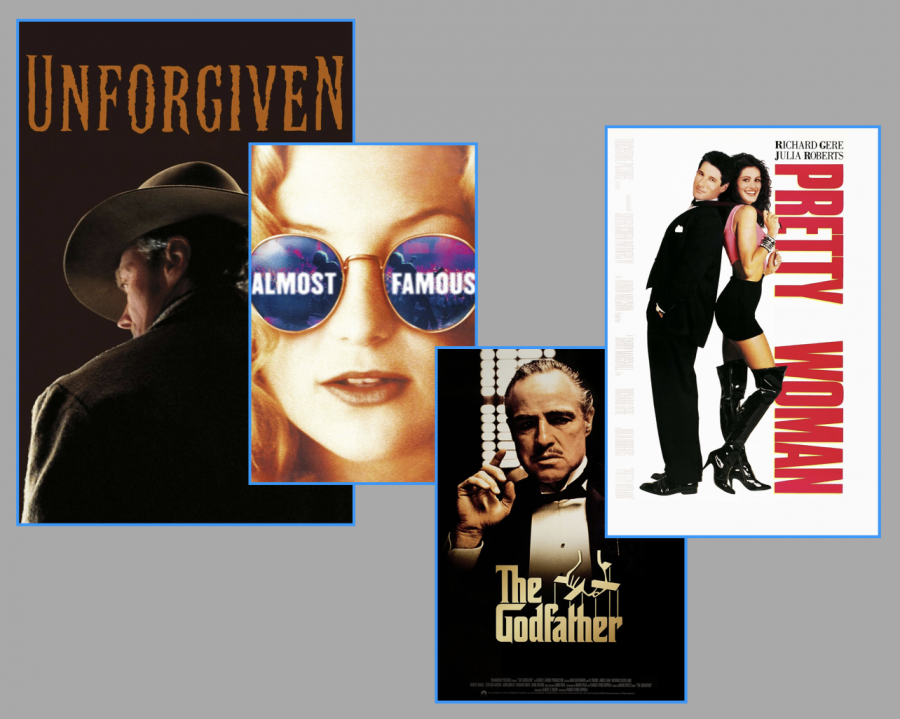 Over the years, countless movies have been released. Many people have a movie that they hold dear to their hearts, and treasure as their favorite. Recently, The Talon decided to interview a few teachers about their favorite movies. Below are some of the responses we received. Hopefully, you’ll learn something new about your teachers, and maybe find a movie to watch!

About the movie: Released in 1972, The Godfather is the first movie in a trilogy. Directed by Francis Ford Coppola, the movie was based on a novel of the same name, which was written by Mario Puzo. The movie shows the story of the Corleone family, a part of the Italian mafia. The Godfather was nominated for eleven Academy Awards, of which it won three. One of the winners was Marlon Brando, who won “Best Actor in a Leading Role”; Brando played the role of Don Vito Corleone, the patriarch who leads the family business. In The Godfather Part II, a young Vito Corleone is played by Robert De Niro. The sequels were also successful; The Godfather Part II won six Oscars, while The Godfather Part III received seven nominations. One of the reasons the trilogy was so successful was because of its ability to oxymoronically apply values and morality towards gangsters. Also, many years later, famous quotes from the movies can be heard today; these include “I’m gonna make him an offer he can’t refuse” and “Revenge is a dish best served cold”.

Mr. Butler: “My favorite movie is Almost Famous. It’s about a high school student who lies to his parents and starts writing for Rolling Stone magazine. I like it because I like high school students, I like people who lie to their parents, and I am a big fan of rock and roll. Also, he’s a journalist, and I am a big fan of the media. Not only that but the story is also partially true.”

About the movie: As Mr. Butler said, Almost Famous is a semi-autobiographical movie, which was released in 2000. The director and writer, Cameron Crowe, was a teenage writer for Rolling Stone and went on tours with bands such as Led Zeppelin, Lynyrd Skynyrd, and the Eagles. The main character, William Miller, is a representation of Crowe. In the movie, Miller tours with a band called Stillwater while writing about them. Stillwater and its members are a representative composition of some of the bands Crowe met during his time in Rolling Stone. Almost Famous was nominated for four Academy Awards and won one, which went to Crowe for Best Screenplay. It is likely that many high school students would enjoy this movie, as it deals with the theme of coming-of-age, while also being humorous and touching.

Ms. Berman: “I don’t quite have a favorite movie, but the movie I have seen the most times is Pretty Woman. I’ve seen it many times, and part of the reason I like it because of the Cinderella story. Also, who doesn’t love Julia Roberts? I think she’s amazing. Speaking of which, ever since I began working at Graded, I’ve been trying to convince the Social Studies department to dress up as the many faces of Julia Roberts in movies for Halloween. They just haven’t agreed to it yet, but maybe this will be the year. All said I don’t think it’s the best-written movie I’ve ever seen, but it is the one I have seen the most.”

About the movie: Released in 1990, Pretty Woman is a romantic comedy directed by Garry Marshall, starring Richard Gere and Julia Roberts. Though the movie is rated R due to some adult themes, Box Office Mojo has it listed as the romantic comedy with the most ticket sales in the US, with over 42 million sold. Part of the movie’s success is due to its great soundtrack; the famous “Oh, Pretty Woman” by Roy Orbison was greatly popularized by the movie. Well-known artists such as David Bowie and Red Hot Chili Peppers were also featured on the soundtrack with songs “Fame’ 90” and “Show Me Your Soul”, respectively. Julia Roberts was nominated for the Academy Award for “Best Actress” due to her performance as Vivian Ward. As Ms. Berman said, many people were fond of this movie because of the Cinderella story, in which the main character rises through social classes with the help of love.

Mr. Klassen: “My favorite movie really depends on the genre. The movie I will never forget, and that has had an impact on my life, is Unforgiven. It was directed by Clint Eastwood, and I love his work; when the movie ended, I didn’t want it to end. Eastwood did a great job of making the movie touching, despite it being about revenge.”

About the movies: Unforgiven was released in 1992, and is set in Wyoming during the late 1880s. It stars famous actors such as Gene Hackman, Richard Harris, Morgan Freeman, and Eastwood, who plays the lead role while also directing. Unforgiven was nominated for nine Academy Awards, and won four: two went to Eastwood for “Best Picture” and “Best Director”, while Hackman won one for “Best Supporting Actor”. Eastwood was also nominated for “Best Actor”, but lost to Al Pacino (who played Michael Corleone in Mr. Bingham’s favorite movie, The Godfather) who acted that year in Scent of a Woman. Unforgiven is a movie that was popular for a variety of reasons; on a superficial level, it has lots of captivating action, while on a deeper level, Unforgiven deals with the idea of murder and it’s effects on society. Any student who likes captivating action movies will definitely be interested in watching this.

Hopefully, you learned something new about your teachers, and have found a movie to watch!