‘Sea levels are rising and so are we’ 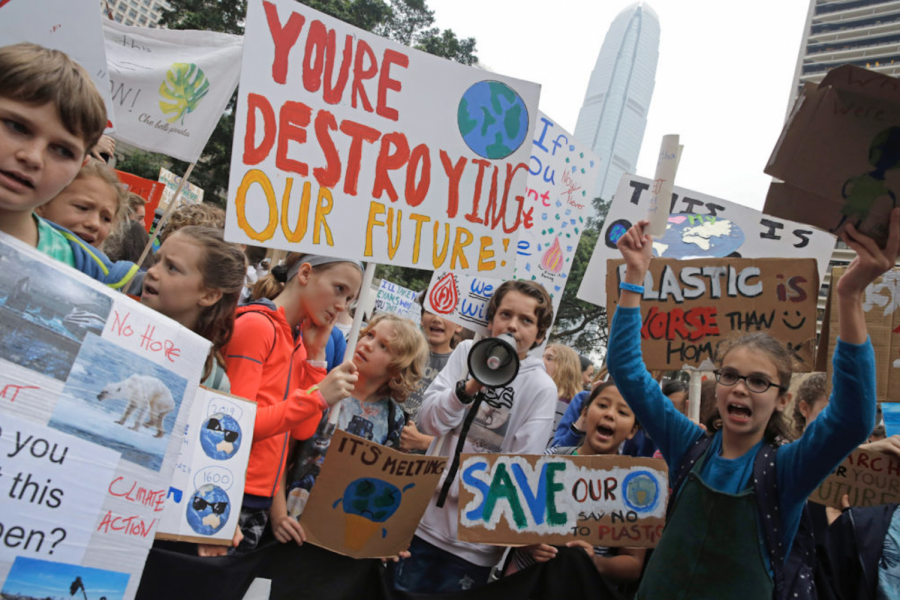 In the week of September 16th, we saw record-breaking numbers of over 7.6 million people storm the streets of 185 countries in the name of climate action. Of those 7.6 million people, many were students just like us. The main figure leading these peaceful protests was surprisingly not an adult, but a 16-year-old teenager, Greta Thunberg. Her message to the world is that no matter your age, you can still raise your voice in defense of the climate and that one person can make a difference. The way that she has publicly stood up to adults who have shown no interest in climate change issues has inspired many others to join this cause.

The biggest protests recorded that week happened on Friday, September 20th. This means that thousands of student-activists had to miss school or extracurricular activities in order to be involved in the various walks at places such as Avenida Paulista. This avenue is the place to be for any sort of strike, and every Friday at 4 PM, you can find the climate activists protesting their cause there. In order to see if missing school for a protest was worth it, The Talon took it upon itself to interview some of Graded’s student activists who raised their voices to secure a better future and to do their part to impede this climate crisis.

The students we interviewed were asked to discuss climate change, and why they believe it is an important dilemma nowadays. We interviewed two juniors and human rights enthusiasts, Olivia Peixoto and Marina Alcantra. Olivia Peixoto justified the importance of climate action by saying that it “affects every single person, regardless of their age, gender, race, or income.” Marina Alcantra agreed, and added that these protests are the way that “we, as young people, can use our voice.” According to her statements, individually, young people “don’t have much power”, but as a group, we have proven to be the face of this revolution

Apart from that, the students also highlighted their opinions of how our governments are not taking much action in regards to these issues, and how the past attempts at decarbonization of the environment have failed. Data from the Global Carbon Project has shown that our students have a point; carbon dioxide emissions are increasing every year. In 2018, for example, they increased by 2.7%, and according to the Met Office, they are “forecast to rise by a near-record amount in 2019”.

When asking them what we as students can do to help, Peixoto suggested changing our lifestyles. Whether that be supporting eco-friendly companies or cutting down our meat consumption, she claimed that “your carbon footprint can be reduced by a huge amount.” A series of studies have backed up Peixoto’s claim; according to the UN’s Food and Agriculture Organization (FAO), livestock farming produces 45% of all man-made greenhouse gasses. On the other hand, Marina Alcantra answered this question by calling attention to the importance of our participation. She claimed that it is even more important than the youth be present in climate change awareness campaigns and protests since it is something that will be affecting our generation more than any other. Adults may not live to see the drastic consequences of burning fossil fuels or cutting down mass amounts of trees, but we surely will.

The students who were interviewed both agreed that going to these peaceful protests in hope of a brighter, greener future is worthy of an unexcused absence. Alcantra pointed out that it is their “duty as a citizen of the world to do as much as (they) can to help”, even if that means missing school.