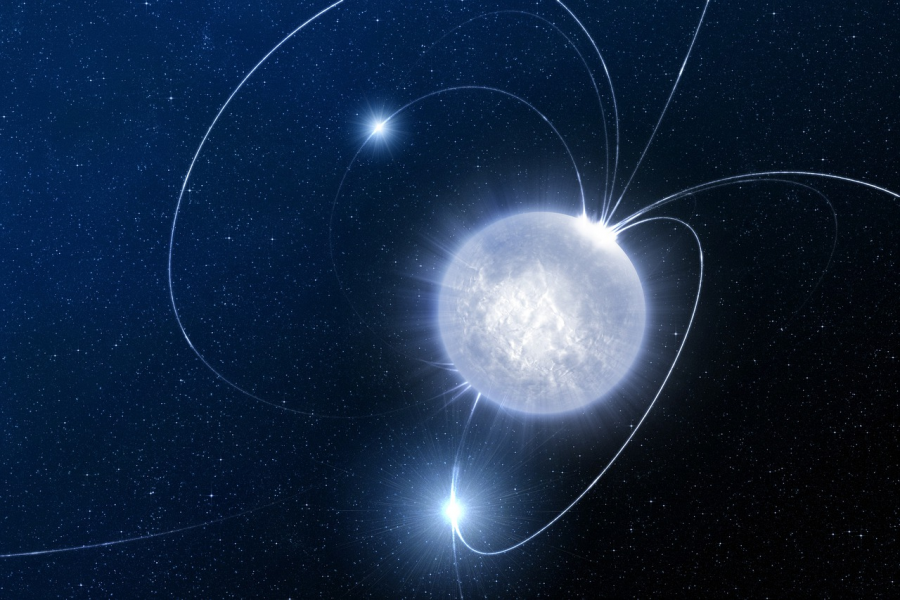 For the very first time, astronomers have detected bursts of radio emissions originating within our own galaxy. These ‘fast radio bursts,’ (FRBs), were reported on November 4th by a team of astronomers based in research institutions including the University of British Columbia and the University of Toronto.

The first FRBs were discovered in 2007 and were traced back to distant galaxies. Many have been recorded since then, and several were observed to repeat irregularly. As it leaves its source, the average FRB is estimated to release as much energy as 100 million times the power of the Sun. Due to the speed at which they travel – usually lasting on scales of milliseconds – much of the nature of these powerful transient radio pulses has been shrouded in mystery. Theories pertaining to the origins of these radio emissions range from collisions between black holes, to even extraterrestrial intelligence. Most (the original article published in Nature indicates), however, suggest they likely emanate from neutron stars, which are remnants of stars whose lives ended in massive ultrabright explosions known as supernovae.

Because of the unusual proximity of these recently detected FRBs, the team was able to pinpoint their source. They discovered that the radio waves were coming from a magnetar. A rare class of neutron stars, magnetars are astronomical objects with a stronger magnetic force than anything in the universe. Their magnetic fields can reach 5,000 trillion times those of the Earth, which are so strong that, according to Caltech astrophysicist Christopher Bochenek (quoted in Space.com), “they squish atoms into pencil-like shapes.”

Reviewers of the study stated that these radio bursts are also the brightest FRBs from a galactic magnetar that have been measured so far. This potentially solves a key puzzle in this field, providing much-needed evidence that magnetars are likely the sources of extragalactic FRBs. Though this mystery is finally coming to a conclusion, the 14 years taken are far less than expected. From the perspective of Graded’s own IB physics teacher, Mr. Healey, these surprisingly rapid developments demonstrate that “FRBs are a great example of how quickly the field of astrophysics is changing, and [that] this pace of discoveries is only likely to increase as new technologies like gravitational wave detectors and the new JWST space telescope come online in the next few years.”

“What’s really surprising is that we saw anything at all from our own galaxy given how rare these extragalactic FRBs are that we didn’t have to wait 50 years to detect a fast radio burst in the Milky Way. We only had to wait a few,” said Bochenek. “This result is also a great example of how when international teams of scientists come together to study a phenomenon in different ways, [they] learn more about it.” Indeed, this discovery serves as a noteworthy instance of a large-scale collaboration between members of the scientific community and demonstrates the true need for international cooperation in the pursuit of new scientific knowledge.

This news is particularly interesting for students considering academic and professional paths in physics; as Mr. Healey recounts, “Astrophysics is what inspired me to study physics – it is truly exciting to imagine that students starting undergraduate physics courses right now could be joining these research teams in just a few years.”