How Accurate are These Award-Winning Series? 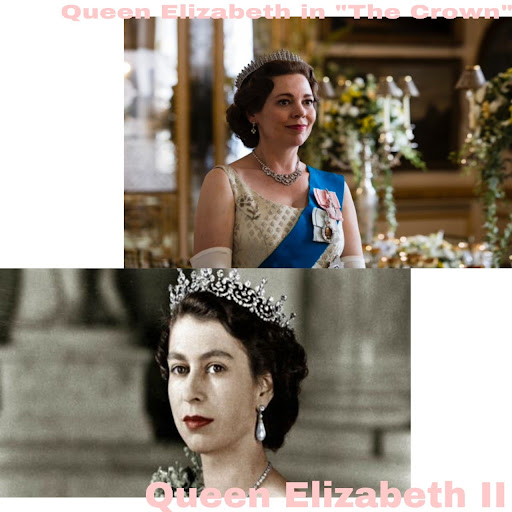 The Crown, Isabel, Victoria, among other TV series have changed the way that people view history. Historical dramas portray the idea of teaching people about basic knowledge and are a useful outlet to get viewers excited about history’s shining rulers of the past. Though these TV shows are historically inspired and feature context from actual historical events, they still include multiple inaccuracies for dramatic purposes and character development.

How accurate are these award-winning series?

Award-winning Netflix original series The Crown created by Peter Morgan is a historical drama that explores the political rivalries and romance of Queen Elizabeth II’s reign, and the events that shaped the second half of the 20th century. Whilst following the historical evolution of the United Kingdom, this show has included footage of the actual British Royal Family, alongside audio from interviews given by important figures such as Queen Elizabeth II, prime minister Winston Churchill, and many more interviews given over the years by the people closest to the crown. Robert Lacey, the show’s historical consultant said himself that: “there are two sorts of truth. There’s historical truth and then there’s the larger truth about the past.” In other words, the show portrays a story that not only explores basic historical facts but digs deeper into the dramatic effect of the royal family and their true hidden past.

The varied opinions concerning accuracies and inaccuracies don’t take away from a very pleasant viewing experience which covers some of the most important events in Queen Elizabeth’s reign.

Jenna Coleman stars as her fearless Majesty Queen Victoria in the historical drama Victoria by Daisy Goodwin, which follows the early events of Queen Alexandrina Victoria’s legendary 63-year reign on England’s throne. Throughout the series, Goodwin emphasizes Victoria’s initial ascension to the throne and her marriage to her cousin Prince Albert, as young Victoria begins to govern a great and powerful country at the tender age of 18.

A frequently mentioned historical inaccuracy from Victoria was how, “the real Victoria was a “short, vulgar-looking child” who had bulging eyes and a tendency to be overweight (…) Jenna Coleman’s petite frame fits comfortably into a tiny-waisted corset – any later weight-gain to copy Victoria will likely have to be padding.” writes The Sunday Post. Other famous errors include pieces of missed information concerning historical figures such as Prince Albert, prime minister Lord Melbourne, and a variety of other altered relationships of the young queen.

In spite of the smaller left-out elements, the show continues to be a fan favorite as it exemplifies the story of an incredibly strong monarch who changed British history.

Isabel is a Spanish historical fiction television series, directed by Jordi Frades. This follows the difficult reign of Catholic Sovereign Isabel I of Castilla, as she and her husband Ferdinand of Aragon turn Spain into one of the most powerful countries in Europe. The show depicts the many stages of Spanish colonization beginning with Christopher Columbus’s expeditions, to the signing of The Treaty of Tordesillas in 1494.

“It is worth mentioning that the settings are the actual castles that were used 500 years ago, and the stories, the characters’ appearances, the clothing, and the way of speaking are completely accurate. This is not only a TV series; it is a piece of history, a high-quality show/documentary.” says an in-depth review of the show by Corleones and Lannisters. Additionally, Isabel not only accurately resembles the reign of Isabel of Castilla but also information on her personal life and family throughout Spain’s exponential growth.

This show continues to impress as it is very accurate in historical value in spite of the few sacrifices taken for dramatic effect. The value of including the specific details shines through the story throughout Isabel.

Overall, historical TV shows can be very entertaining but also may serve as a resource for understanding the basis of historical events as they do not offer the complete accuracy of an informative documentary. Instead, these historical dramas present a creative point of view on the lives of history’s most prominent figures. It is the fictional aspect that adds a certain flair to a story that can make it that much more enjoyable to learn more about in spite of the minor inaccuracies for dramatic effect. As a matter of fact, many Graded students and faculty watch historically based shows such as The Crown to strengthen their basic understanding and learn more about history’s most powerful leaders.