A guide to understanding the Covid CPI 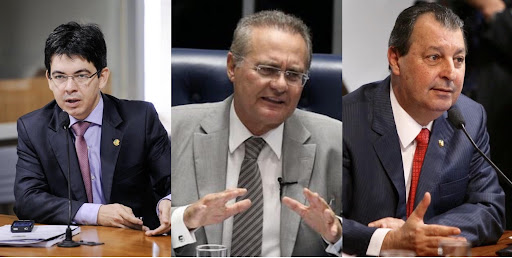 One of the most important events in Brazil now is the investigations regarding the government during the pandemic: the Covid CPI. It was created after the determination of the Supreme Court by the president of the Senate on April 13, 2021. It is a parliamentary commission of inquiry destined to investigate alleged infringements in Brazil’s federal government and supervise the utilization of federal resources sent to states and municipalities. The commission is allowed to request information and break the fiscal or telephone confidentiality of the ones being investigated. In the Senate, the members of the Comissão Parlamentar de Inquérito (CPI) can carry out inspections, request information or documents, bring ministers of State, take the testimonies, question witnesses, and also request the Court of Auditors to carry out investigations regarding the omissions of the government during the pandemic, while also inspect funds sent to states and municipalities. Some of the most relevant topics to be discussed during the meetings are vaccines and the measures taken for social distancing, the collapse in Manaus, how Eduardo Pazuello (Former Minister of Health of Brazil) acted towards the conflicts, the use of federal resources sent to states and municipalities, and the early treatment of Covid-19 and intubation kits.

The president of the parliamentary commission is senator Omar Aziz, the rapporteur is Renan Calheiros, and the vice-president is Randolfe Rodrigues. Of the 11 members of the CPI, four are considered allies to the current government, while two oppose President Bolsonaro and the remaining five are neutral. Not only that, but the substitute members consist of seven other members, three being allied to the Presidential Palace, two being independent, and the other two opposing the government.

An important aspect of the hearing was the measures taken during the pandemic. Epidemiologist and professor at the Federal University of Pelotas, Pedro Hallal, explained that a fifth of Covid-19 deaths could be avoided if the country followed the same regulations as other countries such as New Zealand and Singapore. “If we had acted as necessary, we could have saved 120 thousand lives in the first year of the pandemic,” said Jurema Werneck (executive director of Anistia International) during one of the hearings. Not only that, but former minister of Health Luiz Henrique Mandetta stated that Jair Bolsonaro made decisions regardless of scientific aspects, choosing to prioritize the economy, despite acknowledging it could cause multiple citizens’ deaths. Mandetta also mentioned that the president did not show “support for lockdown measures and preferred to encourage the early treatment of Covid through ineffective medicines.” Still, on the topic of vaccination and Covid-19 measures, Pfizer confirmed that the government rejected 70 million doses: Pfizer’s CEO of Latin America affirmed that the government did not answer to three offers of vaccines from Pfizer in 2020.

The lack of oxygen in Manaus in January was also discussed in the meetings. During the 14th and 15th, more than thirty people passed away due to the scarcity of oxygen in the hospitals. By the end of 2020, the Amazonas Health Department predicted that demand for oxygen would increase due to the rise in Covid cases. With that in mind, it was believed that the contract with White Martins (oxygen company) would not be sufficient to fulfill the requirements. Regardless of the recommendations, the government did not sign new contracts nor question White Martins’s capacity to meet the need. During the meetings, former health minister Pazuello affirmed that Bolsonaro decided not to intervene in the Amazonas’ crisis. He stated that he did not “take part in the decision to disapprove a request for healthcare intervention in Manaus during an oxygen crisis during January”. The ex-minister also affirmed that Wilson Lima (governor of Amazonas) considered the measure unnecessary. Later, Lima stated he didn’t refuse federal help. According to Cut, despite the knowledge of the events in Manaus, the failure of combating the pandemic and the positions taken by the president led to the utter collapse and death of multiple Manauenses.

President Bolsonaro however, did not attend the meetings. In fact, he mentioned the commission while responding to CPI’s vice-president Randolfe Rodrigues: “What good has [the CPI] done for Brazil?” The commission investigates the omissions of the government during the pandemic, though this does not mean the president is considered to be personally investigated. Even if it considered Bolsonaro individually investigated for criminal responsibility, the CPI would not have expanded investigations nor could it begin impeachment procedures. Not only that but the break of confidentiality would not be allowed.

The commission came to an end through votes and discussing the report of all conclusions presented by the rapporteur, Calheiros. The role of the rapporteur is to thoroughly research the conclusions, present proof, and make recommendations for the investigation’s next steps. Since the voters do not have access to information, his role becomes essential to fair indictments in the CPI. The commission approved (October 26) the final report provided by Calheiros, having seven votes in favor and four against.  President Bolsonaro had been mentioned 84 times: one of the indictments was of aggravated murder. Among the people mentioned, four ministers, three former ministers, businessmen, and doctors were on the list. The voting ended with the approval of his work: seven votes in favor and four votes against.

In the report, the crimes included are: “crimes of responsibility, crimes of misconduct, charlatanism, epidemic, violation of preventive health measures, incorrect use of public funds, incitation of crime and falsification of private documents and for crimes against humanity and persecution.” The role of the CPI, once again, is to investigate and elaborate a report in order to communicate the findings to the authorities that will have the right to pursue legal actions against the ones indicted.  It is also important to note that the CPI indictments might not be enough for legal action. For that to happen, the Public Ministry would need to validate that there is enough proof in order to pursue a trial.

As a CPI, there are three places that the report is taken to: firstly, the Chamber of Deputies. This area is responsible for any actions regarding impeachments due to the responsibility for crimes committed by the president. Then, the Public Ministry: responsible for further investigation and the reporting of the crimes done by the president. The last place it goes to is the International Criminal Court in order to investigate crimes against humanity. On February 9, 2022, the CPI report has been presented to the International Criminal Court. This tribunal only accepts severe crimes against humanity. As of now, it is the Court’s responsibility to continue with the legal proceedings of the CPI.